Mr. Keplin graduated from the University Of North Dakota (UND) with a B.S in Education in 2003. He was a teacher in the Turtle Mountain area for 13 years in a variety of grade levels such as 1st, 4th, 5th grades and physical education. He then furthered his education and graduated from Grand Canyon University in July of 2013 with a Master of Education and Educational Administration.

Mr. Keplin is married to his wonderful, loving, and caring wife Kylie Keplin who is a Secondary Science teacher at the Turtle Mountain Community High School. He has 5 children Connor, Chale, Carter, Carson, and an only daughter Kalli. He also welcomed his first granddaughter in September of 2020.

Mr. Keplin has been in the education field for 21 years. His work history began with working on construction projects with local contractors while taking classes at the Turtle Mountain Community College. He started as a paraprofessional at the TMCS from 1997-2001 and in the fall of 2001, he decided to further his education by enrolling in the teaching program at UND. After obtaining his teaching degree he decided to come back to his hometown to serve students on his reservation. Mr. Keplin substitute taught for the Turtle Mountain Community Schools after receiving his teaching certificate until he was hired at TMES as a teacher under the Belcourt School District. He was a teacher at many different elementary grade levels for seven years. Then he decided he needed a change and applied for a position at Indian School as the Physical Education. Mr. Keplin was in his position as a Physical Education Teacher for 5 years and during that time he applied for graduate school and completed a master’s degree in educational administration. He then applied for the Assistant Principal position at the Ojibwa Indian School and served in this position for roughly two and half years. Since June of 2018, Mr. Keplin has proudly served as the principal under the Bureau of Indian Education and continues to serve his community and reservation.

In his spare time Mr. Keplin likes to team rope, golf, and hunt. He also enjoys traveling with his wife and kids. Mr. Keplin enjoys all the students at Ojibwa Indian School and making sure they receive a good, quality education. He is very passionate about his job and loves every minute of it. He always has the best interest of the students in mind and is making decisions to give them the best possible education that the school can offer. He loves the teamwork and helping hand that his staff has to offer and appreciates everything that do. Like they say “Team Work Makes the Dream work”.

Some of Ashley’s previous positions in the Turtle Mountain area were Head Vault Teller at Turtle Mountain State Bank, AP/AR at the Turtle Mountain Housing Authority, Financial Aid Counselor at the Turtle Mountain Community College just to name a few. In her spare time, she enjoys a good cup of coffee, going to the casino, singing karaoke and loves being around family and friends. Ashley and her significant other of 22 years, Bruk Frederick, have two children Bailyn (11) and Aisley (5) who both attend Ojibwa Indian School.

Ashley has been employed with Ojibwa Indian School since April 2018 as the Business Technician/Registrar.  She enjoys her job and her co-workers, helping in any way she can and loves seeing the student’s every day. 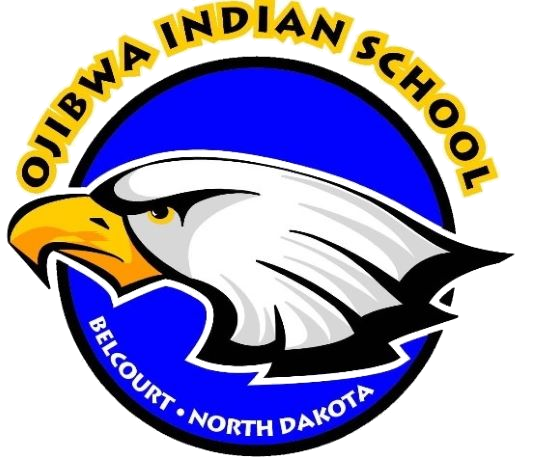